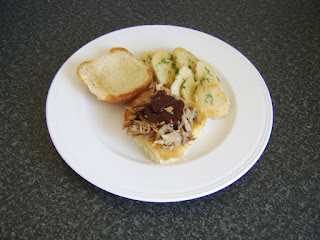 A few days back, I created an entry for the Hub Pages Cookbook Contest that consisted of a Bavarian inspired version of Pulled Pork and Potato Dumplings. The leftovers were refrigerated and cooked up like this for my dinner the following night, proving every bit as enjoyable as the original meal. 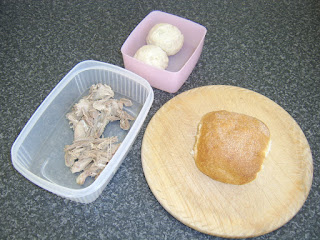 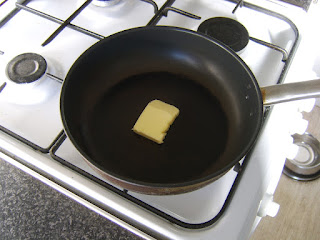 Gently melt the butter in a non-stick frying pan. Slice the potato dumplings to a thickness of about half an inch and season lightly on both sides with salt and white pepper. Fry for a couple of minutes each side until lightly golden and crisp. 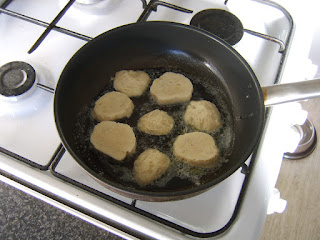 Carefully lift the potato dumpling slices from the pan with a spatula and sit them briefly on a holding plate. 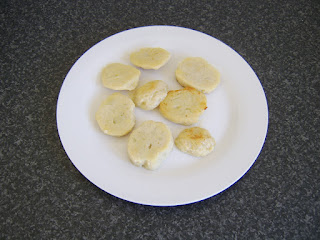 Cut the bread roll in half horizontally. 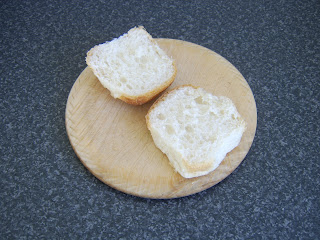 Lay the cut sides of the bread roll in the frying pan for about thirty seconds, just until they are lightly crisp. 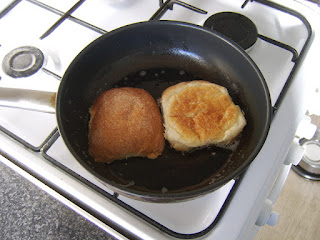 Add the pulled pork to the pan to soak up the remaining juices and simply heat through. 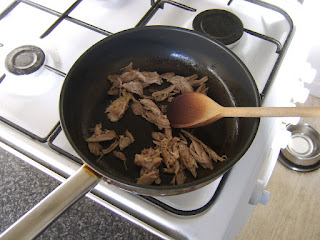 Plate the bread roll with the potato dumpling slices alongside. 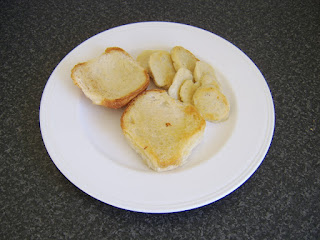 Lift the pulled pork from the pan with your spatula, straight on to the bottom half of the bread roll. 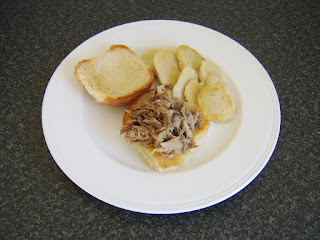 Garnish the potato dumplings with the chopped chives, add the optional BBQ sauce to the pulled pork, close your roll over and serve. 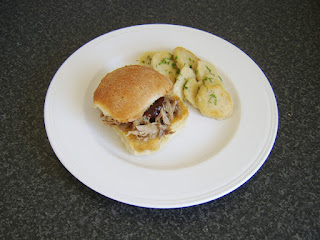 Posted by Gordon Hamilton at 05:26 0 comments